The End of Days Spectacular Spectacular was a live performance showcase event created to celebrate the closing of the Succession of Nature exhibition. I wanted to engage the Baltimore community through spectacle in order to raise awareness about our local environment and the end of days due to climate change. I invited local community groups such as the Greenmount West Community Center Drumline, Goh’s Kung-Fu, the Baltimore Dance Crews Project, and the Lillian Jones Foundation Youth DJ’s to perform on the front steps of the museum. Free food was catered by Mera Kitchen Collective, a community-driven, food-based cooperative focused on empowerment of refugee and immigrant women by tapping into their passion for cooking, self-expression and creating community. This event was free and open to the public.

To set the stage and for visual cohesiveness between the performance and the exhibition, all performers were provided with custom silkscreened t-shirts of my design in matching colors. I made camouflage banner paintings to wrap the front columns of the BMA and bunting for the railing that say from left to right: my first name “Phaan,” “The end of days is near,” “The end of days is here,” and finally my last name “Howng.” I also created protest signs so the public could participate in the performance as hecklers or protesters. The performances kicked off from inside the gallery space where we paraded to the front entrance of the BMA and then paraded back into the gallery space with a dance party.
The End of Days Spectacular Spectacular, 2018
Introduction 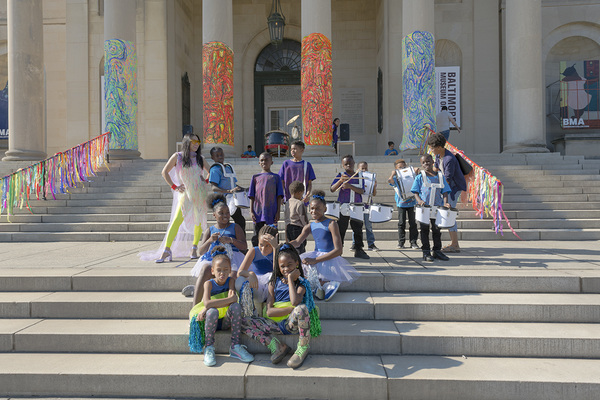 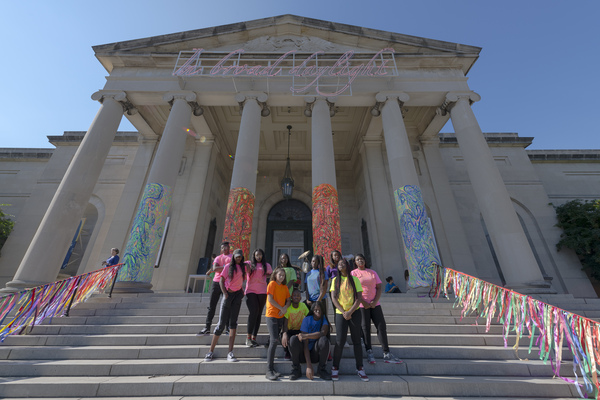 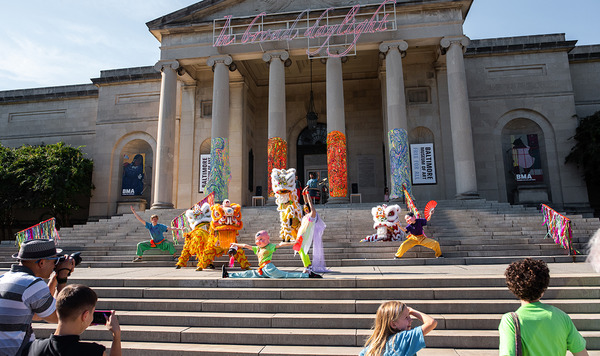 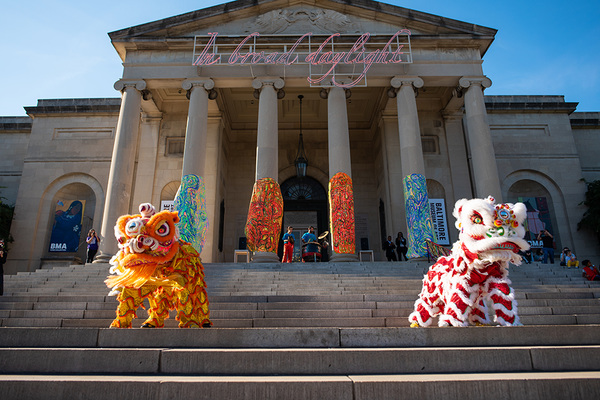 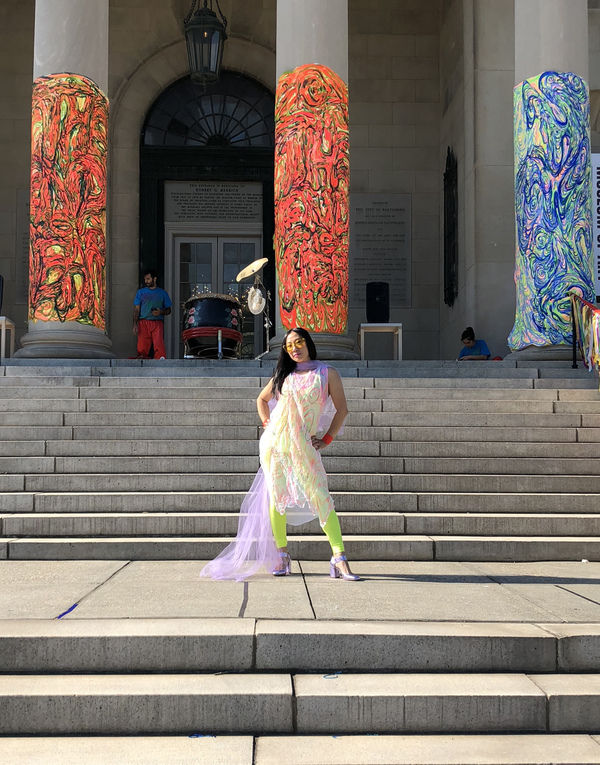 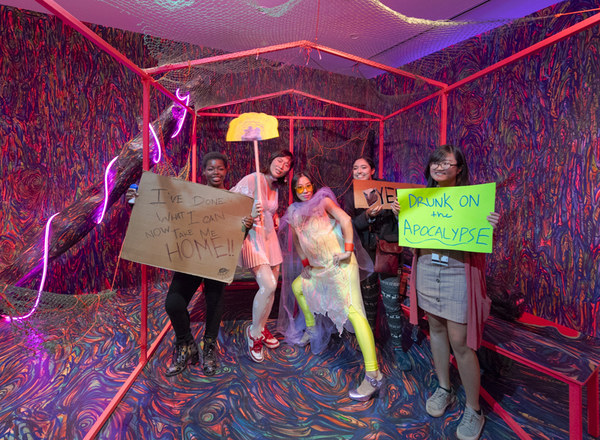